It's not the Scandal. It's the Cover-up

November 05, 2016
The following is an email letter I sent to Dr. Walter Koroshetz, director of the NINDS. I copied Dr. Vicky Wittemore and Dr. Avindra Nath.

The history of NIH and ME/CFS has not been good: dentists on grant review panels, continued excuses to why no effort has been made to make filing ME/CFS grants attractive to researchers (just complaining that not enough researchers are filing good grants and telling patients they need to get the researchers to file grant applications), and having reviewers say physiologically-based studies are not worthy of funding because they believe ME/CFS is not physiological. These actions, over decades, made the patients lose confidence and trust in the NIH's mission being applied fairly in the case of ME/CFS. Contention developed.

Recent activity at the NIH made us (I am a patient) think maybe a real change is happening at the NIH, that better research and more effort is being made. I understand that when a mistake was made in the information of the criteria to be used in the new ME/CFS intramural study, you and Dr. Nath found out quickly that ME/CFS patients especially watchful of government institution activities, especially in research. We've been harmed by the past bias and ignorance having a greater influence over what is studied, whose studies are funded, what theories of the disease are funded, and how the studies are done. This is similar to what happened with the AIDS advocates. The patients had to get involved and even help direct the NIH to get the right kind of research done.

After the mistake of the criteria information, a decision was made to have phone calls informing patients of the NIH activities concerning this disease. The most recent one was last week. I was not able to attend that call. But I have spoken to those who did.  In that call, no one said the NIH was hosting a speaker (Edward Shorter) on the history of the disease, a speaker whose published opinions of the disease are rejected by the research findings of the last 30 years and scientists who have actually studied the patients. His opinions have no basis in evidence and are antiquated (not to mention hurtful to patients).

Yet, just the next day after that "keep the patients informed" call, we find out this individual is a planned speaker at the NIH, somehow considered to offer something of value to understanding the disease that he doesn't believe is a real disease.

Having this man speak is either revealing someone at the NIH failing to do due diligence in vetting speakers or having terrible misjudgment of what makes an appropriate disease expert or worse, someone at NIH actually believes such a man's offensive and unfounded opinions can offer anything to a scientific-based understanding of the disease. The patients have a right to know who made this decision and why.

But, there is a greater concern. Not revealing this event in a phone call that is intended to keep patients informed looks like intentionally misleading the patients by pretending to be transparent, while purposefully hiding information from the patients. Sadly, this just brings back mistrust in the NIH as it relates to this disease. The effort in these calls to increase trust and confidence has just failed and instead is another example of ineptitude or NIH research programs for ME/CFS being led by NIH individuals who are dismissive of legitimate patient concerns and right to know and possibly NIH individuals with continued bias instead of true scientists who pursue truth based on evidence in the research findings.

If you want to gain ME/CFS patient trust again, a full explanation, a reckoning, is a must. You must answer the questions I asked above. Transparency brings trust. To make patients have to again file a FOI request to find out this information will not be good for building trust. You must go way overboard to be transparent to repair the damage done because patients were betrayed by listening to a call where they were led to believe the NIH was being open and honest in what it is doing in relation to the disease, but found out just a day later that the call was not open and honest information.

I read the response you gave to the ME/CFS community after Jennie Spotila's letter to you. It was unclear as to whether this speaking event is still scheduled, and it did not address why this was not mentioned in the "keep patients informed" call. You must do more to make this right.

Former US House Representative Tom Petri (RWI6) is quoted as saying: "As so often happens with Washington scandals, it isn't the original scandal that gets the people in the most trouble -- it's the attempted cover-up."

I work in communications/marketing/PR. I recommend you get some good advice from someone in the industry who specializes in crisis communication.

I hope to receive a response from you. I hope you openly respond to patients with the answers to the questions above. I hope we can gain the trusting and respectful relationship wanted by both your agency leaders (hopefully including you) and the patients. We want you to succeed in researching ME/CFS. We want to believe in the NIH. Show us that we can.

Popular posts from this blog

'Post-exertional malaise' - Does It Need a New Name? 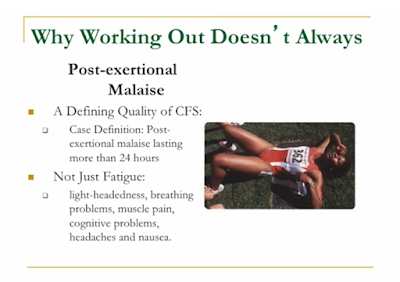 Yes, another post about nomenclature. Seems my having this disease, which I'll call SEID, systemic exertion intolerance disease, is appropriate since there are so many problems in communicating about it and I am a communications specialist, due to interest and talent and skill. So, let's take on another term: "post-exertional malaise," aka "PEM." I'm not the only one seeing problems with this term. Donna Pearson, a patient advocate, said at this summer's Chronic Fatigue Syndrome Advisory Committee meeting that the CDC website described PEM as needing to rest in the car after going to the store, too tired to drive home. She astutely pointed out that our disease has both stamina problems and PEM, but they are not the same. She said disease experts can be sought to confirm this, but in her case, what has been described as PEM is delayed from the triggering activity, most of the time ~ 24 hours. She pointed out that since PEM is a distinctive sympt
Read more 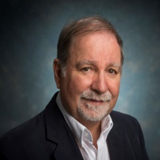 Day after day, from my bed, I watch my social media newsfeeds for some news on my disease, especially for anything happening locally in Alabama. But news, by nature, often comes when not expected. And this happened in October, while I was watching a video from Open Medicine Foundation of a presentation at the International Association of CFS/ME conference . Dr. Jon Kaiser was speaking, and he said: “There’s a researcher named Victor Darley-Usmar at the University of Alabama, who works with the Seahorse company—and I think he’s a genius. He is developing an equation to take all the data that the Seahorse test provides and distill it down into a single number called the—he calls it the ‘BHI,’ the bioenergetic health index. So, you know, it would be like getting a PSA or [inaudible]. You get a bioenergetic health index from a blood sample, looking at white blood cell mitochondrial energy production. So I think that’s the cutting edge of this field, and once we start sending our patient
Read more

In this Part 2 of my review of the December 2017 Chronic Fatigue Syndrome Advisory Committee meeting, I'll address a question discussed there: Should we target specialists or primary care doctors in a physician education project? Dr. Jose Montoya said in the meeting that the best place for the type of clinical care SEID (systemic exertion intolerance disease) patients need is in the specialist setting. I absolutely agree. Those who are our experts now give a long time to each patient, an amount of time that is not profitable for each patient in a primary care setting. Our medical care system is still set as a pay for service. "It's not unusual for primary care doctors' appointments to be scheduled at 15-minute intervals," says a 2014 USA Today article . This is not a match for our multi-system, multi-symptom, multi-treatment disease. Setting aside the time element, there is also the level of knowledge needed. Specialists are specialists because they
Read more

Tina Tidmore
Was newspaper editor and publisher until 2009. Due to developing systemic exertion intolerance disease and other considerations, I changed to a freelance communications career. Find me on LinkedIn. I do most of my work from bed.